No Tear Separates Us

In Tearaway, you play as yourself.

By this I am not referring to an opportunity of customising the playable character into an avatar resembling your likeness. That would hardly be worth mentioning in light of common gaming conventions. Instead, I am talking about the fact that you — the real you existing in our physical reality — are an integral part of the story that unfolds through engagement with the game’s paper craft microcosm. With the dynamic PlayStation Vita acting as the tear between worlds, the resulting interactivity motivates the journey shared by the player and his virtual kirigami companion.

When little Atoi first took cognisance of her own life, she was met with my chubby face in the sky, decorated where the sun used to be. I peered unto the land, while she stared upward with dubious wonder. Our interdimensional gazes linked as though heaven intersected earth.

She longed to reach me and remain by my side, and I understood that there was no chance of it happening without my help. I was challenged to provide the level of guidance similar to how God aided his people in the wilderness, both in terms of power and compassion.1

My influence was vast and varied. By sliding my finger across the screen, I turned obstacles into stepping stones, dead ends into new paths. Tapping with force allowed me to dispatch scrappy foes that plotted for Atoi to stumble. From poking the rear touchpad, I was also able to guard my friend against greater adversity, as my digit manifested into her world like a pillar of protection.

Before long, other creatures that observed Atoi’s adventure became aware of my abilities and deeds. They began pondering if I would consider aiding them with a few requests.

But of course! How could I refuse anyone who sought for my helping hand? After all, power flowed from my fingertips with ease — to them, there really was nothing that I couldn’t do.

I proceeded to unleash my creative prowess. From designing a crown for the squirrel king, to crafting snowflakes that fell over the scenery, my renown extended to the ends of the earth. New petitions arose that expressed desires to see and hear things originating from the human world. I granted even these through use of the in-built camera and microphone on the Vita, bringing colours and sounds exotic to their realm of existence.

These exchanges pivoted upon Atoi’s example of reliance and trust. For since the very day we met, she had always looked to me expectantly in every situation. My celestial appearance inspired a confidence akin to those that would say this of God: “As surely as the sun rises, he will appear.”2 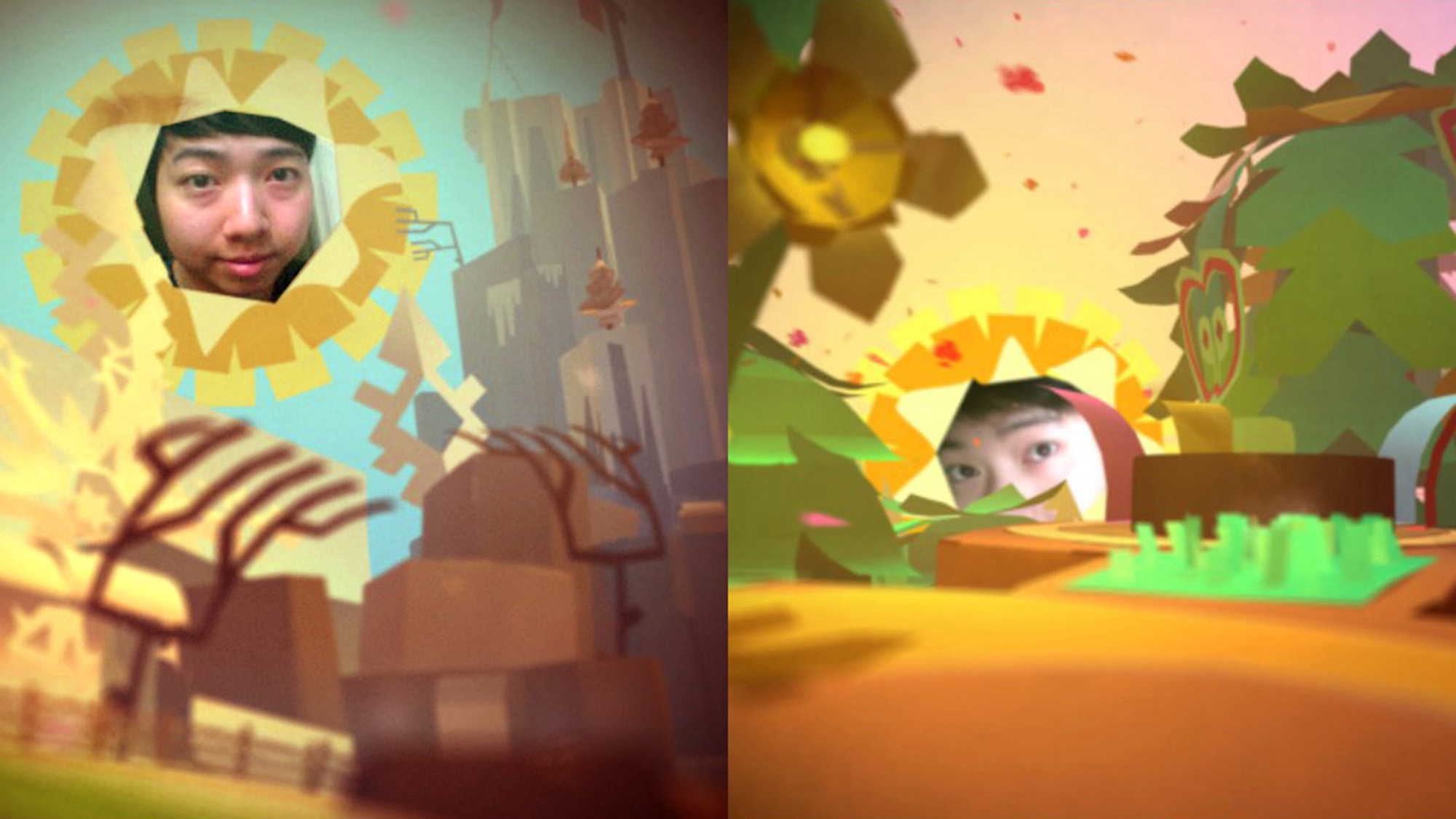 From morning ’til dusk, I am watching (in a non-creepy way).

Atoi’s acknowledgement of the full reality and the willingness to involve me in her life were what made this relationship possible. Her heart remained steadfast even when mountains stood in the way, literally. As a result, she became my messenger; the ways in which I acted toward others, whether favourably or not, depended on how they would treat my ambassador. It was much like God’s relationship with Abraham and, by extension, the entire human race, when he declared to his chosen one, “I will bless those who bless you, and whoever curses you, I will curse; and all peoples on earth will be blessed through you.”3

As the journey continued on, I collected numerous blueprints that detailed the construct of objects and critters of the Tearaway universe. Along with in-game photos, they were compiled onto the game’s community site, ready for print and assembly. It turned out that I could do more with my hands than being limited to the confines of Atoi’s world.

This was the greatest goal that the developers had in mind, and it foreshadowed how I would finally elevate Atoi to her destination: she would physically manifest in the palm of my hand! 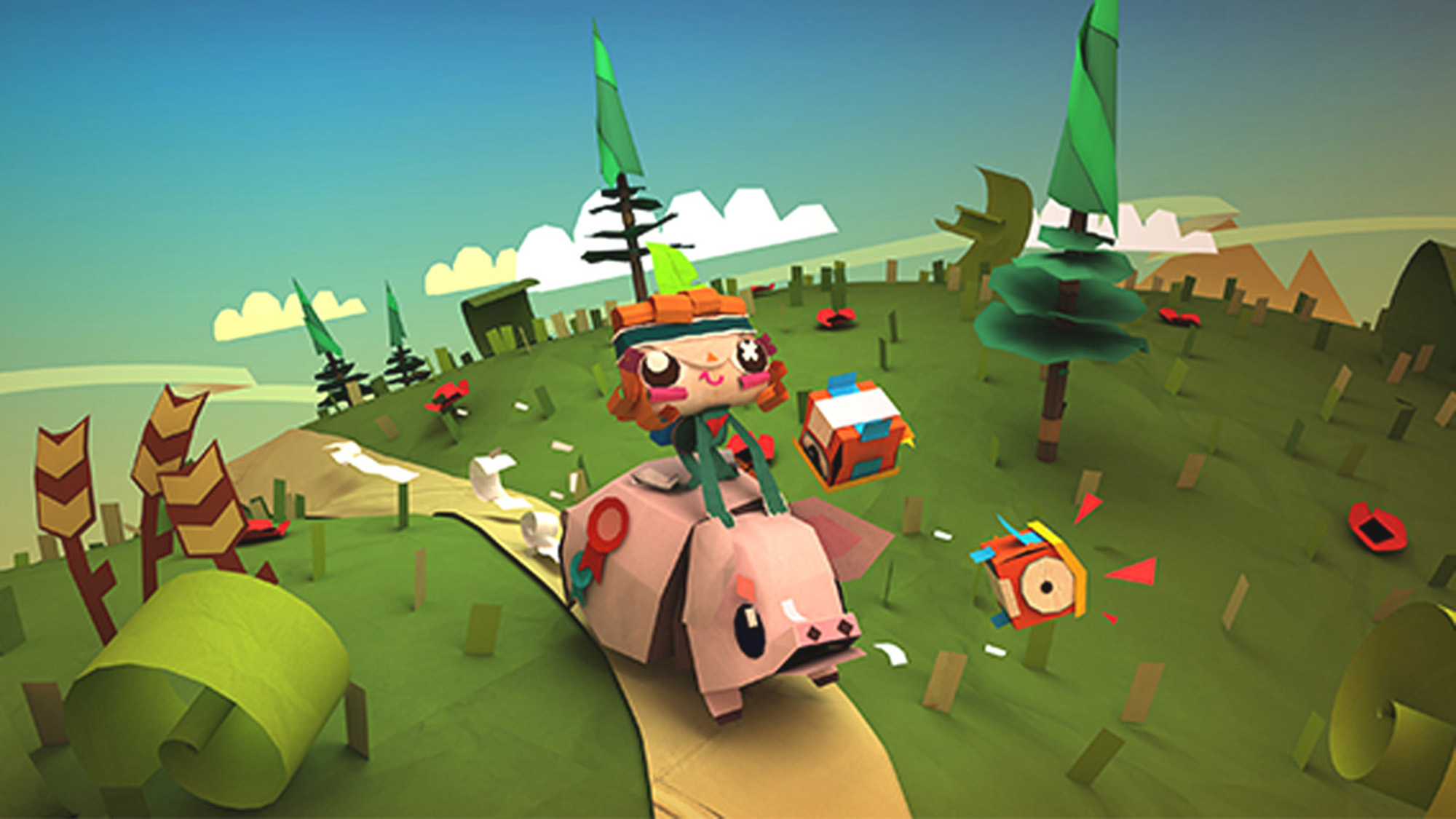 Humanity has always wondered how earthly creatures may reach heavenly heights. Atoi never wondered; she knew. Though small in stature, her faith was monolithic. By her unwavering example, I have been reminded what it is to walk with God — the hope, the intensity, the shared experience.

And if I, in merely playing God, was able to take care of an individual from the beginning to the end, just imagine how much more will our Father in heaven watch our every step as we look to him daily.4 So, why not let he who crafted you tear into your life today?