Lessons of the Hunt

Some gamers admire this activity, while others frown at the mention of it. For many, the pursuit is the antithesis of fun. Yet for a select few, certain trophies mark the proudest and most enjoyable moments that they have had in play.

It is no secret that I love trophy hunting. In spite of a time that it got me down, my passionate bounce-back has since yielded great returns. And after accumulating more than a hundred platinum trophies and achieving full completion in over fifty smaller titles, I feel that I could share a set of worthy lessons that may benefit all who are interested.

Without further ado, here are seven things that I have learned as a PlayStation trophy hunter.

#1. I have learned to see things through.

It is said that nine out of ten gamers will not finish what they are playing. What a disappointing statistic! Developers have been known to use this as the reason for shortening the length of story campaigns, and that is understandable.

For the trophy hunter, however, there is no concession. Whether a game lasts a few hours or a few months, I have gotten used to persevering until the credits roll. To get all the trophies, multiple playthroughs are often a must. An example would be XCOM: Enemy Unknown, where “A Continental Fellow” needed me to finish the game five times, each time starting from a unique continent.

Dark Souls is probably worth a mention, too. Known for its daunting pace, the game requires a third run at the very least for the attainment of all trophies, while enemies are strengthened as each additional cycle begins. These experiences for me have been an exercise in patient endurance.

Finding collectibles is a routine activity in gaming, yet it comes in many forms. You could be uncovering treasures in Uncharted, compiling audiotapes in BioShock, or my personal favourite — accumulating friendships on Facebook in South Park: The Stick of Truth to unlock “More Popular than John Lennon”. With 120 people to befriend, the path to becoming the hottest kid in town takes some serious relational work!

Tying collections to trophies is also common practice. It is too big a task to explore every nook and cranny in all the games that I play, so this is where game walkthroughs exhibit their usefulness. These guides, like collectibles, appear in varying forms. I might read text, consult maps, examine images, or watch videos for the sake of speeding things up. It doesn’t matter what I am looking at, the aim is to comprehend the given information and carry out effective actions based on it.

By doing this day in and day out, I am now highly capable of doing what instructions indicate, which is always a solid skill to have when there are expectations from a boss, or a wife. 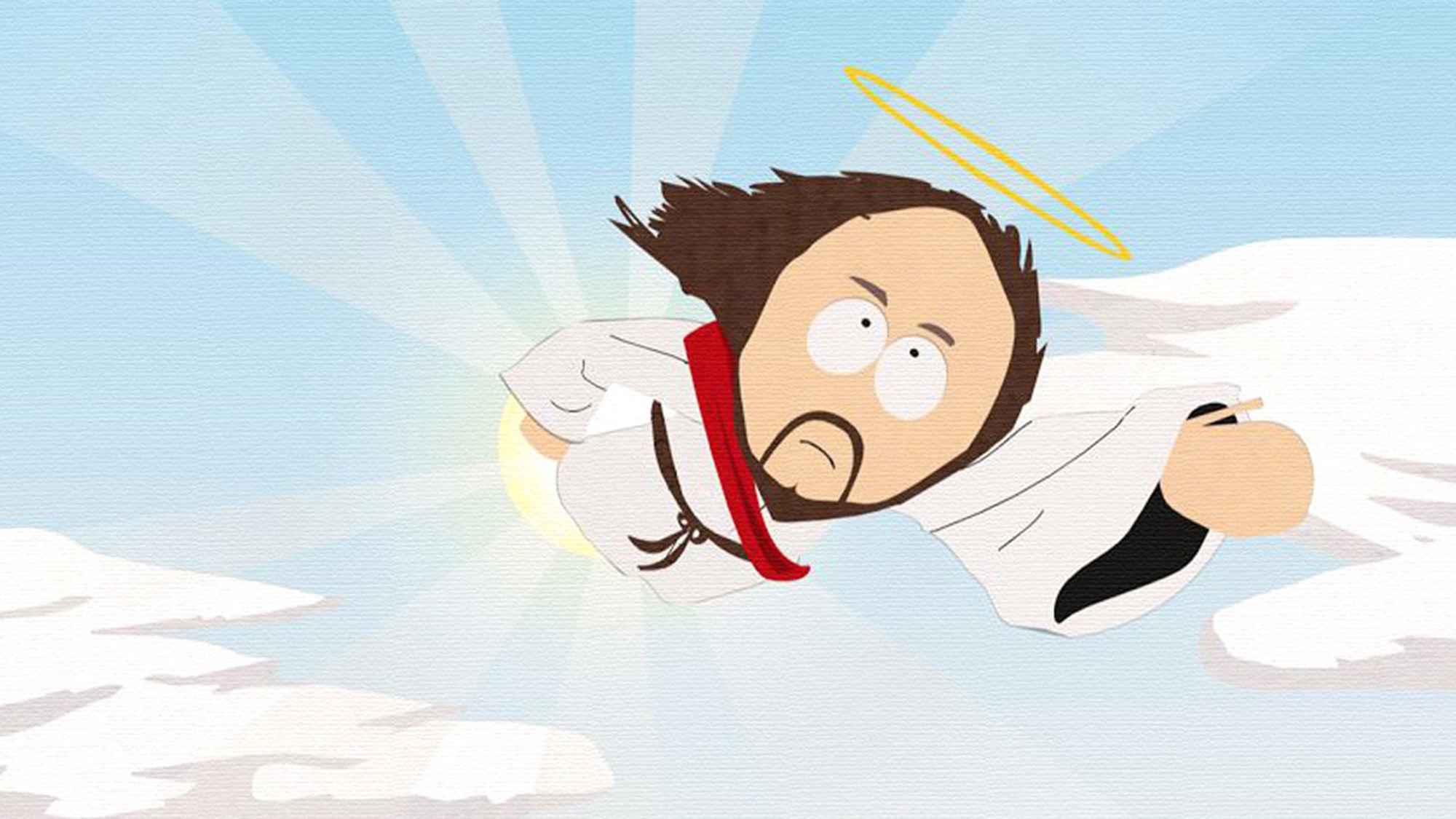 If you can find Jesus, he’ll be your best friend.

#3. I have learned to seek alternatives.

Hunting for trophies isn’t just about responding to directions. There are ample opportunities to be creative in the pursuit. For instance, to achieve the “Pacifist” in Deus Ex: Human Revolution, I had to change my approach to the game completely. Charging into crowds of enemies with guns blazing was no longer an option. Instead, I sought out the less obvious ways, progressing through each section of the game via shadowy routes or non-lethal takedowns.

Dishonored is another game that encourages stealthiness. While pursuing “Mostly Flesh and Steel”, the trophy prohibited me from purchasing any abilities or upgrades. Under these constraints, I was pushed to think outside the box when utilising the resources that I did possess and improvise when plans went awry. At times, I would even play mind games with the artificial intelligence, exploiting any weaknesses that I happened to discover. Beating the game in this fashion turned out to be a great lesson in problem solving. These alternative methods also explored aspects of level design that a regular playthrough simply wouldn’t encounter.

#4. I have learned to be attentive.

Our generation is one afflicted with short attention spans and careless attitudes. Some pundits put the blame on videogames. To this I reply, “Not if you hunt for trophies!”

While most games today are very forgiving, certain configurations ramp up the difficulty exponentially. And if trophies are your thing, then you had better be ready to overcome them.

“Hard to the Core” corresponds to the Hard Core mode of Dead Space 2. In this setting, a maximum of three saves are allowed for the entire playthrough. One sloppy mistake and the player may lose hours of progress, which happened to me several times. The erratic behaviour of the necromorphs doesn’t make it any easier, as they come unannounced, bursting through openings on the floors, walls, or ceilings. Survival requires an undivided concentration and constant awareness of the surrounding environment.

Ambush-happy monsters aren’t always necessary for the purpose of promoting alertness. A ticking clock does the job just as well, proven by the brutal speed runs in Mirror’s Edge. Parkour continuity — as I came to realise — is sustainable only through identifying architectural elements and patterns that serve as stepping stones to the destination. This first-person platformer taught me that attention to detail is the foundation for flawless execution. 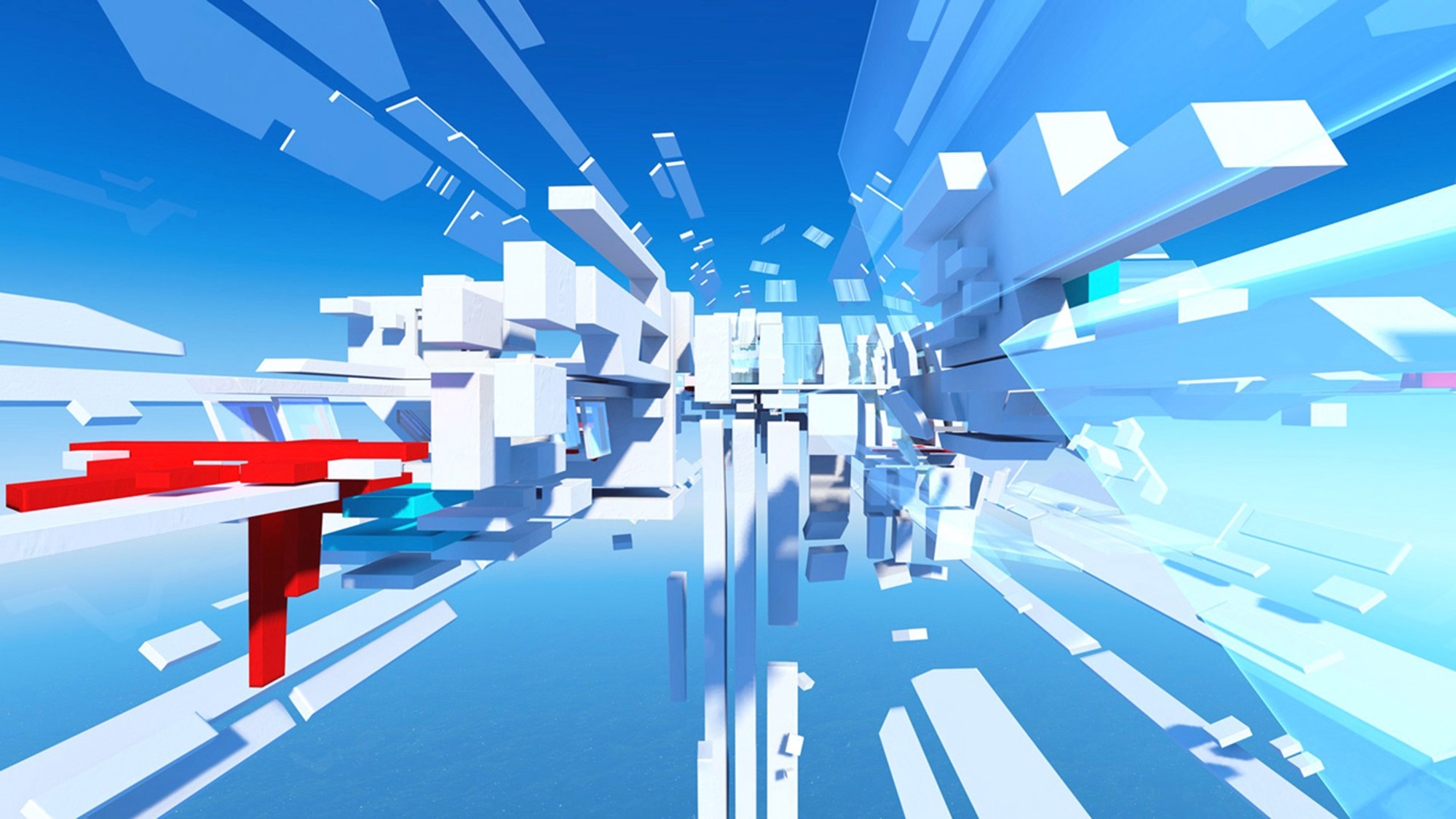 #5. I have learned to push my limits.

If platinum trophies are my children, then I might say that I love all of them equally. Yet there is no hiding the fact that I am prouder of some than others. The ones that tested me to the brink of defeat have gained a special place in my heart.

On the way to conquering Catherine, I had to scale past its Babel mode — the name referring to towering challenges involving complex block patterns and strict time restrictions. As an action puzzler, the game calls for both wit and reflexes. And do not bother consulting the internet for solutions either, because the sequences are randomly generated. “A God Is Born!” is quite the hyperbolic title for the awarded trophy, but there is little doubt that in undergoing this monolithic trial, my intelligence quotient has improved by several points.

Sports Champions, on the other hand, subjected me to tremendous physical pressure with its realistic motion controls. To best computer opponents of higher difficulties, I think I had to simulate the intensity of professional athletes. I remember that during this period, I suffered severe pains in my arms, enough to keep me awake at night. And yet people assert that peripherals (such as the PlayStation Move) are designed to appeal only to casual gamers!

#6. I have learned to appreciate competition.

Hunters, in general, tend to uphold a tradition of comparing their catch; it is no different for those who do so in gaming. Over the years, I have participated in the VGChartz PlayStation Trophy League. Thanks to its dedicated manager, Mr. Arcturus, like-minded gamers are able to meet and compete in a friendly environment. Regular updates allow us to check on everyone’s progress, both in terms of quantity and quality, while the shared camaraderie fuels our passion. The popularisation of sites like PSNProfiles has also given us a greater perspective of the spirited contest around the world, as well as generates advanced statistics that give insight into our habitual behaviours.

As for a particular trophy that spurred me toward competition in play, I’d point to “Truly Awesome!” in Rayman Legends. For over three months, I went online and faced the daily challenges that matched my performance against others. Doing so gave me the opportunity to observe adept players, emulate their strategies, and eventually surpass their standards. Joining this contention between real gamers led me to grow in ways that I never could on my own. 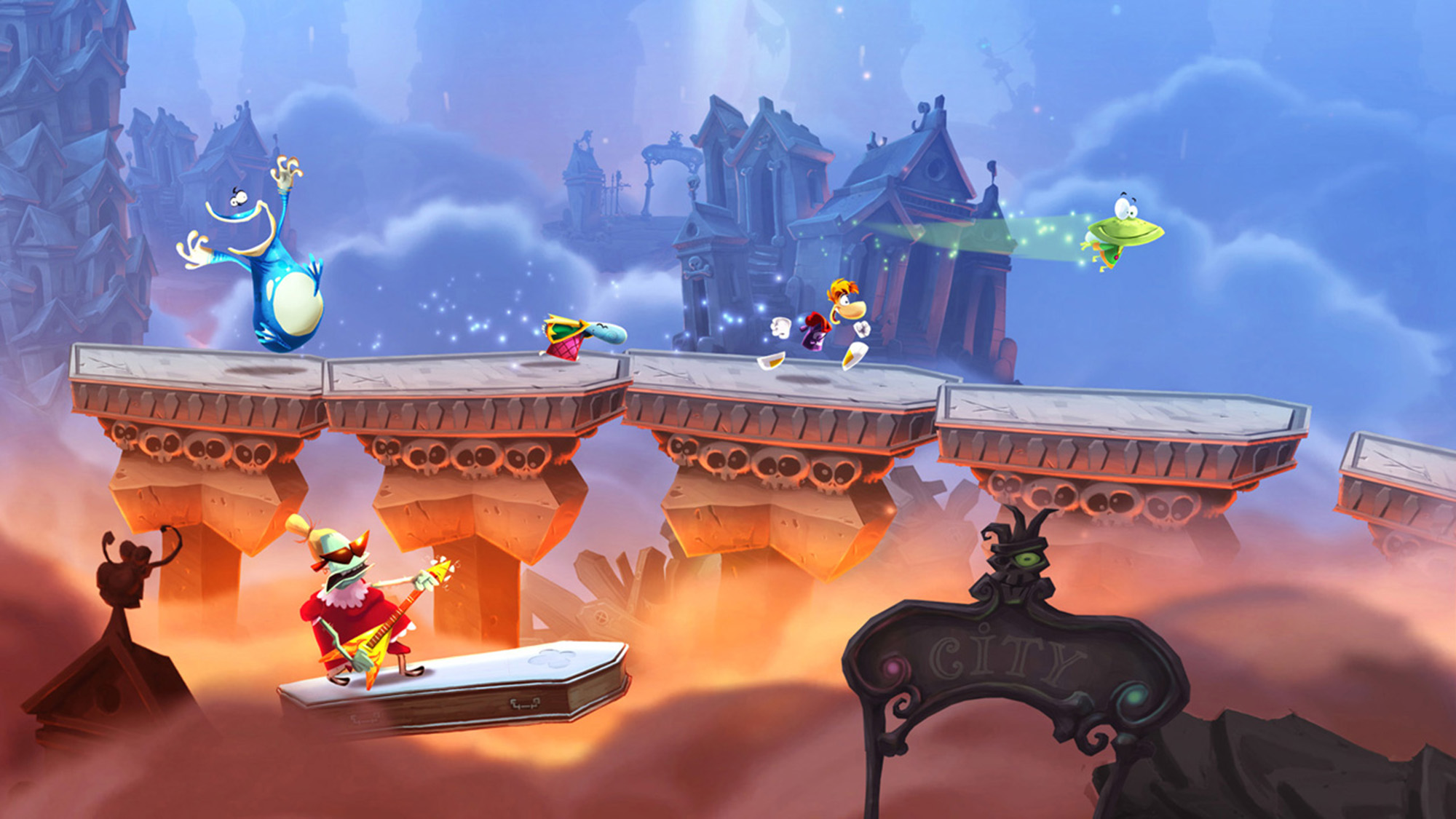 You may now get the impression that this pastime demands a substantial amount of effort on top of what starts off as a fun hobby — and you would be correct. Nevertheless, for the majority of games, there is a cluster of unmissable trophies that can be earned even without hunting for them actively. They pop up to celebrate ordinary deeds; they congratulate the player for simply taking part. In their presence, I have recognised how valuable it is to remember and reflect on things that I have done in gaming, and life all around.

The world is a busy place. Too often we force ourselves to be productive, but leave little time to admire what our hands have done. We then feel empty, unable to find meaning in the daily toil. Slowing down and spending time to reminisce allow us to cherish every step forward, big and small. This is also part of the reason I have compiled these lessons to share with you all.

It all began with these little reminders, these tokens of progress, these glorious symbols marking the most profound of digital accomplishments, which we have come to know as: TROPHIES!

Below is my trophy card. Clicking on it reveals the full profile.

← Trial of the Hunt
The Shrewd Ranger →